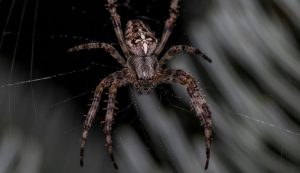 Spider control is an absolute necessity in California. In our state, we have more than fifty different species of spiders, the majority of which have venomous bites. Not all of these will send you to the hospital with a life-threatening emergency, but they will cause some degree of inflammation or discomfort, and, not to mention–fear. The presence of spiders in a house apartment can easily become a nuisance. If ignored, a couple of spiders will grow and multiply fast, leading to an infestation. As a result of this, you will have health and hygiene issues and even face the risks of getting poisonous bites. Spiders and cobwebs can be extremely annoying, regardless of whether it is a house, mansion, or office space.

Thankfully, there are several effective ways for the control and removal of spiders. But first, you need to identify what species of spiders have attacked your home and then take the necessary steps and precautions for their removal. If you look for expert advice on spider control, feel free to reach out to Final Exterminators in and near Moreno Valley and Riverside, CA.

Spiders are found in every part of the world including your terrace and garden. But when you spot a spider, the first thing you would want to know is what species of spider it is. Though California is home to multiple species of spiders, the most common among them include the Western Black Widow, the Desert Recluse, and the Chilean Recluse. Each of these is a dangerous arachnoid and it can create a lot of trouble for homeowners in the event of an invasion.

The western black widow spider (Latrodectus Hesperus) is mainly found in the Western regions of North America. Black widows can be identified by the three-dimensional, irregular webs they spin. These are unlike the orderly weavings of many other spiders. Black widows hang upside down on their webs, awaiting prey.

The female is all-black, around 16mm in length, and often sports an hourglass-shaped red mark located on the lower abdomen. In some cases, the hourglass can be yellow color or white. The male is half the female’s size and generally tan with lighter striping on the abdomen.

If you are ever bitten by a western black widow spider, you may experience nausea, goosebumps, localized sweating, and pain. The bite can also be deadly, with fatalities reported between .5% and 12% of those bitten.

The desert recluse (Loxosceles deserta) is primarily found in Utah, but some sightings have been reported in California. These spiders are characterized by their tan to dark brown appearance and fiddle-shaped marketing on top. This type of recluse has six eyes that are arranged in groups of two.

The Desert Recluse is a spider you will likely never see in your home unless you have built your dwelling near a desert. As their name implies, recluse spiders try not to be spotted by humans, but occasionally, you may encounter one on your own property.

If bitten by a desert recluse, the result can be a necrotic ulcer that can take several weeks to heal. The good news is that these spiders are rarely encountered indoors, but precautions should still be taken. 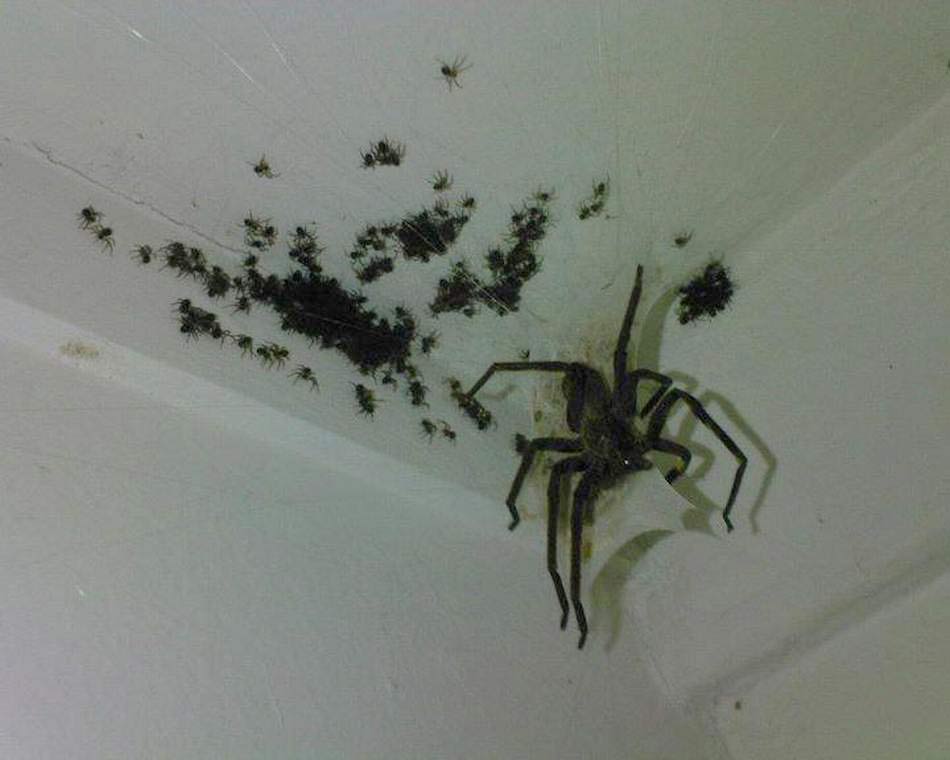 The Chilean recluse spider (Loxosceles Laeta) is considered to be one of the most dangerous of all recluse spiders. The bite is known to frequently result in severe systemic reactions that include death.

The Chilean recluse is rather large as recluse species are concerned, with the spiders ranging from 8 to 40 mm in size, including the legs. The spider is brown in color and typically has markings on the dorsal side of its thorax. You might also notice a black line that resembles a violin, which lends the spider its nickname, “Fiddleback Spider” or “Violin Spider.” The Chilean recluse has six eyes arranged in pairs and tends to build an irregular web at night to hunt.

The venom of the Chilean recluse is in a higher concentration than some other recluse spiders and is more active at high temperatures. The bite also causes a necrotic ulcer that may take months to heal and can sometimes leave scars.
These are all incredibly venomous spiders whose bites will warrant immediate medical attention and can threaten the life of a small child or family pet. We also see a lot of hobo spiders, sac spiders, and cellar spiders.

Black Widows, Recluses, and many other spiders like cluttered, dark areas of your home. This is because they like something to hide behind or under. Messy garages, woodpiles, barns, dark corners, sheds, outhouses, as well as under or by large rocks— are all very popular habitats. Basements and crawl spaces are particularly favored by black widows–so be vigilant of your surroundings.

There are several methods to get rid of spiders in a house. However, all methods do not give the same results, as the types of spiders and the level of infestation varies from one situation to another. For the successful removal of pests, you will need to determine the right and most effective method.

Experts suggest that you should vacuum clean the entire house at least once every season. Proper vacuuming will not remove the entire population of spiders in a house, but it will certainly take out many of the spiders as well as the cobwebs. When you start with vacuuming, you should particularly target the cracks and corners in your home. In any case, do not forget to dispose of the vacuum bags outdoors in a proper manner. Also, try to seal up all the narrow cracks, holes, and gaps using caulk or any other sealer material to prevent further spider infestation.

You will find all types and designs of sticky traps in the market. These small devices are effective at trapping spiders as well as many other small pests. Before you set up these traps, you should locate the key areas where you have noticed spiders crawling around. For the best results, you will need to place as many sticky traps around your home or office space as possible.

If the infestation has reached a level where you are unable to deal with it on your own using natural remedies, it is certainly time to turn to a professional. An exterminator or pest control specialist will first conduct a thorough inspection and then develop the most effective solution to the problem. Most of all, a professional will carry out the treatment methods in a fully safe manner.

Riverside Spider Extermination: When Is it Necessary?

Spiders can and do coexist peacefully with humans. In fact, spiders eat some of the insects that annoy us the most–flies, bed bugs, roaches, and mosquitoes. Nevertheless, you may need professional spider extermination services if:

If you are renting or living in a basement apartment–or if your office is on the basement level of a building. Spiders love to come in through the window wells and generally love below-ground dwellings.

You have found a substantial spider nest, especially a black widow nest or one belonging to any kind of recluse spider. Sightings of individual spiders around your property probably do not constitute a problem, but nests must be handled professionally.

For efficient, long-lasting spider removal and other pest control, call Final Exterminators at (800)953-1397. We have one-time, monthly, and quarterly service packages for our clients in Moreno Valley and Riverside, CA.

Commonly Asked Questions About Pest Removal and Their Answers

We Do Spider Control and Fumigation Service in & near Moreno Valley, CA